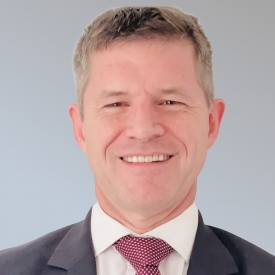 Alastair joined IBA in 2015 and is responsible for IBA's Helicopter appraisals. With over thirty years of aviation experience in civilian and military operations, Alastair regularly represents IBA at international events hosted by aviation groups, financial bodies and helicopter manufacturers.

Alastair previously served as a commissioned Officer in the RAF before retiring; research work into ETOPS aircraft development by Boeing and Airbus at City University followed, then he became course director of the undergraduate program for cadet pilots on the BSc Air Transport Operations (which included training up to CPL standard). Alastair is an elected member of the Royal Aeronautical Society (MRAeS) and holds Accredited Senior Appraiser status in Materials & Technical Specialties - Aircraft' (MTS-Aircraft).