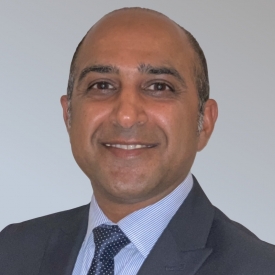 Guljar joined IBA in 2019 as Head of Aircraft Transactions. He is responsible for developing a number of areas including airline relationships and aircraft remarketing. With over 34 years in the aircraft maintenance industry, Guljar has an enviable track record and holds various aircraft type ratings.

Guljar started his career as an engineering apprentice in 1985 with Monarch Aircraft Engineering, gaining EASA Part66 A1 & B2 Licences. His previous employments also include 9 years with Thomson Airways as Senior Lead Aircraft & Disposals Engineer, returning to Monarch Engineering in 2017 as General Manager of the Aircraft Lease Team and then to Airworthiness and Asset Management, General Manager.