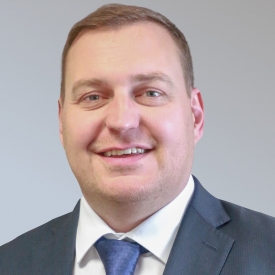 Ross joined IBA as Technical Surveyor in January 2014, he was then promoted to Technical Manager in 2015. He is responsible for carrying out aircraft, helicopter and engine inspections, re-deliveries, operator and technical due diligence audits. Ross has been directly involved in the project management of several aircraft transitions and often advises various financiers on technical matters.

Before IBA, he worked as a Technician for various airline engineering companies including Monarch and lastly Virgin Atlantic. He holds both a, Part 66 Aircraft Maintenance Licence (AML) and EASA Flight Crew Licence.