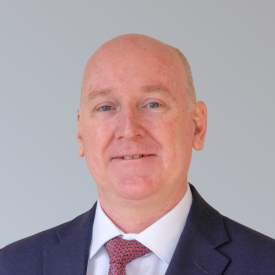 Roger joined IBA as Technical Manager Americas in 2021 and is based in the United States of America. With thirty years of experience in Commercial Aviation, he brings a wealth of experience and knowledge. He is responsible for inspecting aircraft and engine assets, technical records, conducting audits, performing pre-purchase and mid-lease inspections and preparing technical reports.

Roger started his aviation career with British Airways as an Apprentice/Technician and subsequently progressed to Licenced Aircraft Engineer and Duty Maintenance Manager at various locations including the UK, Europe and the US.

He holds EASA Part 66 B1 and FAA Airframe & Powerplant Licence's as well as various type authorisations on both Airbus and Boeing aircraft, the most recent being the Airbus A380 and Airbus A350. His academic qualifications include the BTEC National and Higher National Certificates in Engineering (Aerospace Studies) as well as a Post Graduate Certificate in Technology Management.