As Embraer announces a rethink on its latest Turboprop concept, we use fleet data from our aviation intelligence platform InsightIQ to analyse the global Embraer civil jet fleet.

Brazilian aircraft manufacturer Embraer has revealed a new turboprop concept which represents a shift in thinking for turboprop design. A 70-90 seat aircraft is proposed to feature aft-mounted engines, and intended to be pitched as a replacement to 50 seat regional jets. 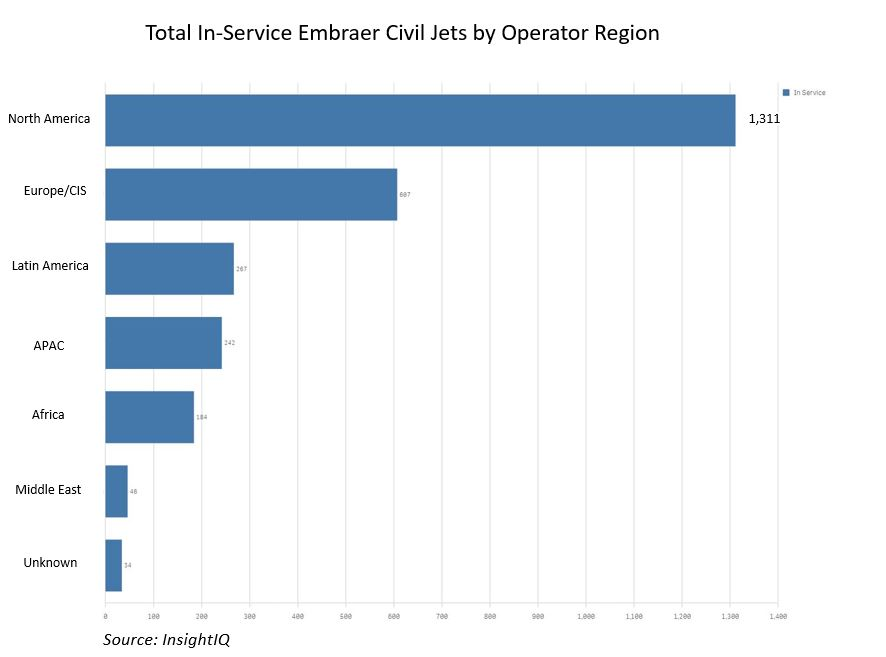 InsightIQ fleet data reveals that both of the Embraer jet families enjoy particular proliferation in the North American market, with 48% of Embraer jets in-service globally being operated by North American entities. Despite being out of production for some years, InsightIQ reveals there are still some 539 ERJ family aircraft in service in North America, representing 41.1% of Embraer civil jet airframes in service in the region. Embraer is squarely aiming their new turboprop concept at operators of the ageing ERJ and competing CRJ variants (one such operator being Jet Blue, who recently launched their inaugural transatlantic service). 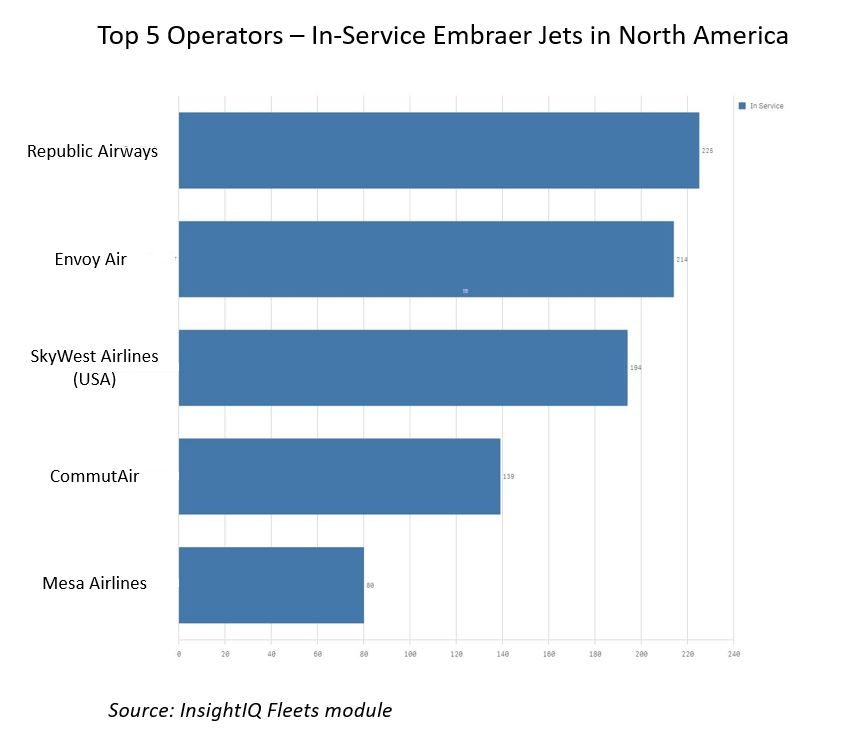 Can the North American market break its love affair with the regional jet?

The question that remains is whether the Turboprop itself can strike a chord with operators that typically prefer regional jets. It is clear that Embraer's sell-in will have to focus on efficiency, cost and capability; effectively positioning the new turboprop concept as a genuinely viable alternative. The indications so far are that the aircraft will do just that, with Embraer stating that the airframe will offer the same cross-section as the venerable E-Jet series and the additional efficiency of turboprop power.

Turboprops are often quoted as being around 20% more efficient on average than jets. InsightIQ's Carbon Emissions Calculator provides detailed CO2 emissions data by numerous variables including airline, lessor, aircraft MSN and model. Request a free demo to discover the features of InsightIQ.

A high-tech Turboprop aircraft with rear-mounted engines is also likely to significantly contribute to a reduction in cabin noise, a noted bugbear of turboprop passengers. The plan to use the same cross-section as the jet fleet will also remove limitations in cabin and overhead bin space often experienced in smaller turboprops.

Embraer's Turboprop concept is shaping up to be an exciting prospect in regional aviation. Embraer Commercial Aviation chief executive Arjan Meijer stated that Embraer could launch the concept in 2022, with entry to service from 2027-8.