Competition and Market Share on flights between New York and London

JetBlue is currently planning to commence passenger carrying transatlantic operations on August 11, 2021, with further expansion to London Gatwick (LGW) later in the year. This expansion has been partly facilitated by the increased accessibility of slots at Heathrow, which we recently analysed in our report on Heathrow slots. As it stands, Virgin Atlantic and British Airways lead by market share on flights between New York and London, with a 38% and 30% share respectively. Delta and American also feature. It is unlikely that JetBlue's entry to the market will make a significant dent in these figures in the short term. JetBlue enters the market during notably bumpy times, with no clear timescale for a transatlantic travel corridor proving forthcoming from either side of the Atlantic. 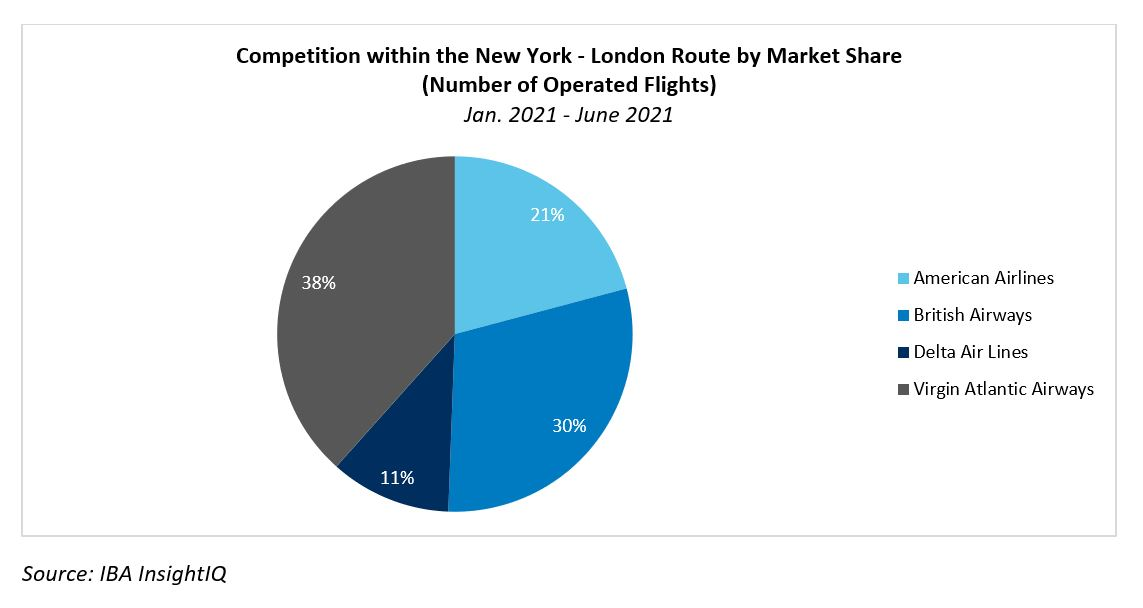 The Boeing 777 family has a clear lead in transatlantic traffic between New York and London in 2021, with over 50% of flights operated in 2021 utilising the type. Narrowbody types have not appeared in the data since the cessation of selected low-cost long-haul routes (such as those operated by Norwegian, utilising the Boeing 737) in 2020. JetBlue's introduction to the market will return the narrowbody to this ranking, albeit initially in small numbers. 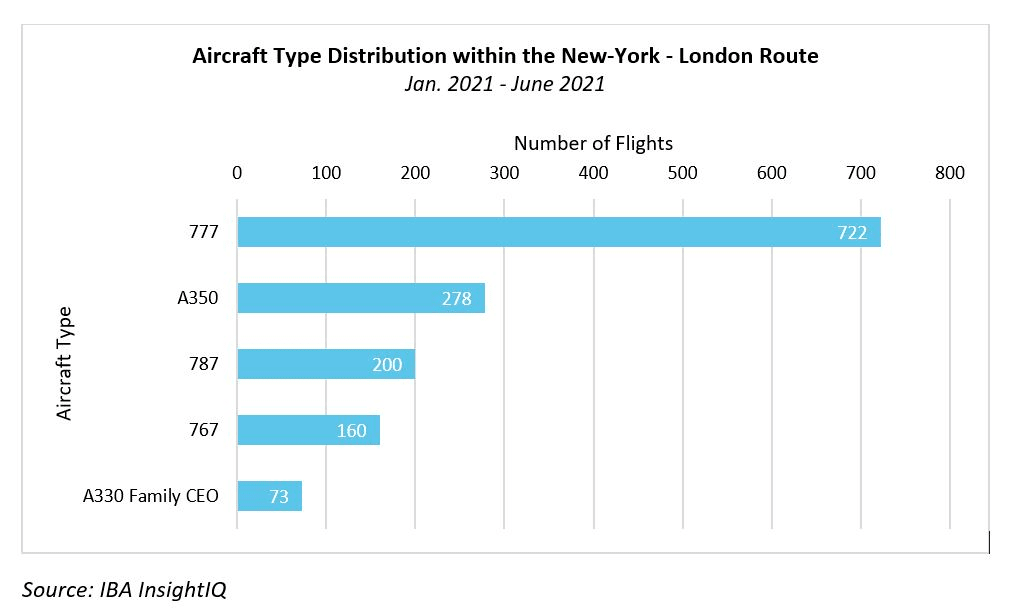 InsightIQ fleet data reveals that JetBlue's in-service fleet consists of four aircraft families, namely the Airbus A220, Airbus A320 CEO and NEO, and Embraer 190/195. The highest proportion of the fleet is made up of A320 CEO models, with an average age of 15-20 years. JetBlue currently has 11 Airbus A321 NX LR aircraft on order, which are to be utilised on the new routes between New York, Heathrow and Gatwick. In addition to this, we can identify 67 A220-300 orders, which have the potential to reinforce or replace the older A320 CEOs that currently form the backbone of the fleet. InsightIQ flight data shows a trend of gradual recovery from September 2020, with the majority of flights being performed by the A320 CEO. 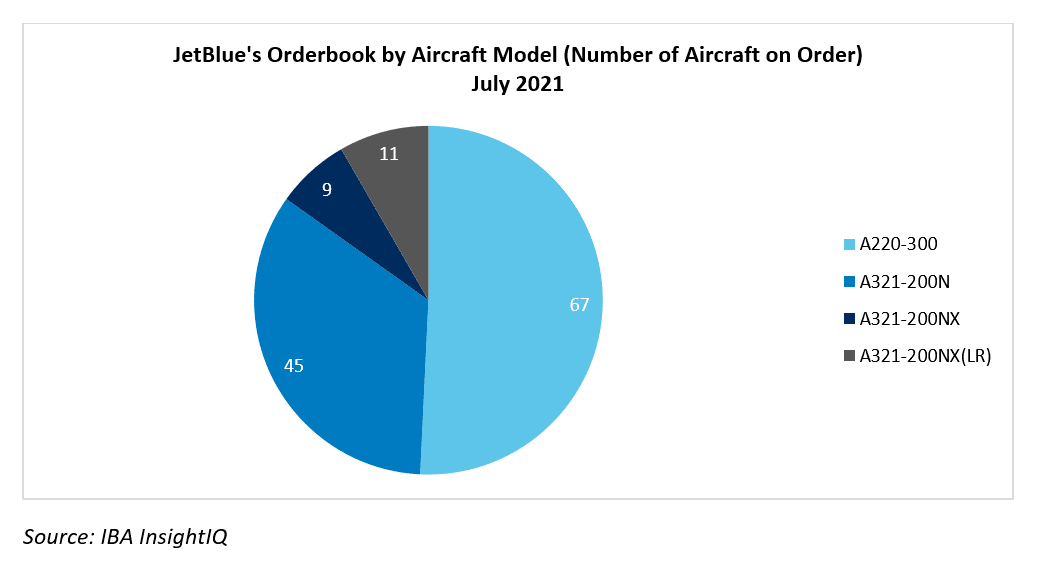 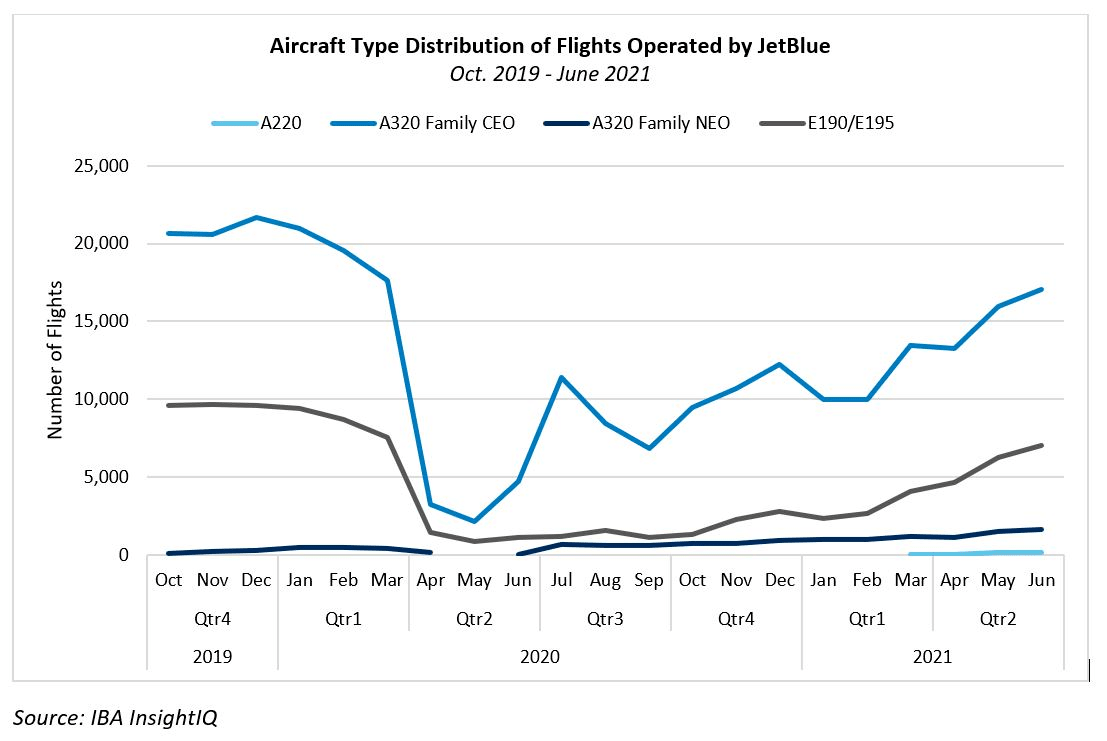 If you have any further questions please contact Chris Lomas.