Interjet has itself denied at least some of the aircraft were repossessed, insisting instead that the terms of the leases were 'abusive'. This is not the first time the airline has been in the spotlight for non-payment of dues. In an August 2019 Bloomberg report, Interjet's Chief Financial Officer indicated the airline was in 'technical bankruptcy' and unable to pay off taxes dating back to 2013, a claim the airline quickly denied. This paper looks at Interjet's decline in recent times and considers the airline's future.

Using data from IBA's Credit Score Index, the above chart shows the progressive decline of Interjet's IBA Credit Score over the past three full financial years. While revenue had been growing steadily over the period, operating expenses grew faster leading to a gradual erosion of the company's operating profit. The two largest expenses, aircraft fuel and flight equipment rentals, grew 30% and 50% respectively between FY17 and FY18, flight equipment rental increases reportedly driven in part by a growth in sale leaseback activity. Costs denominated in USD also saw a slight increase over the period as the Mexican peso depreciated by 4.5%.

This situation led to relatively severe cash declines up until the end of FY18. As shown below, Interjet's cash and cash equivalents fell significantly from FY15, standing at USD 30 million at the end of FY18. Capital expenditure for 2017 and 2018 was negligible. However, operating cash declined due to net losses in both years. In March 2019 it appeared these losses were continuing, indicating sustained pressure on the airline's cash flow.

Mexican media reports indicate Interjet still owes a significant amount in back taxes. There are indications the owners have injected cash into the company in recent months but the extent of these injections is unclear.

The following chart shows historical changes in Interjet's Airbus fleet over the past four years. Fleet composition has changed little over the period, the only major feature being the net addition of 11 Airbus A320/A321neo aircraft post 2016.

According to IBA.iQ, seven Airbus A320 family aircraft were returned to lessors from Interjet's fleet before March 2020, the most recent an A320 back to Avolon Aerospace on February 24th 2020. These seven aircraft had an average lease length of 8.5 years. By April 6th, 34 Airbus aircraft had been repossessed by lessors with a significantly lower average lease length of 4.4 years. The chart below shows the progression of Interjet's lease ends and repossessions. 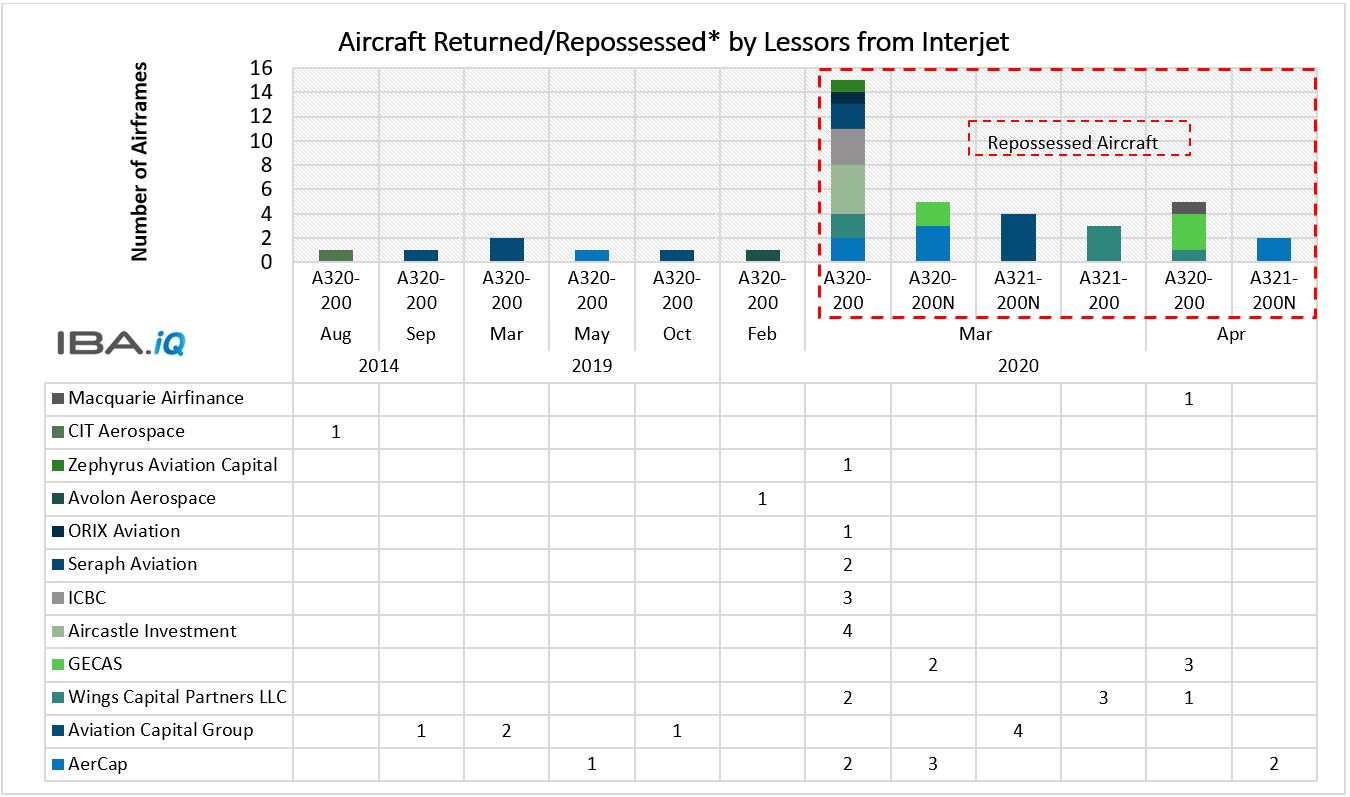 IBA.iQ Fleet data shows the repossession of these 34 aircraft represents a reduction from 16 distinct lease managers to 11. Five lease managers: Wings Capital, ICBC, Seraph Aviation, Zephyrus Aviation Capital and ORIX Aviation have exited their positions in Interjet. Of the 11 remaining, only four lessors (but five distinct entities) have yet to reduce their exposure to Interjet: JP Lease, Air Lease Corporation, BOC Aviation/BOC Aviation (Ireland) and Carlyle Aviation. This is shown in the table below. It is unclear whether these lessors plan to reduce their exposure in the coming months. There is no evidence of joint action or collusion between lessors, however it appears that several lessors have followed the trend and repossessed their aircraft. 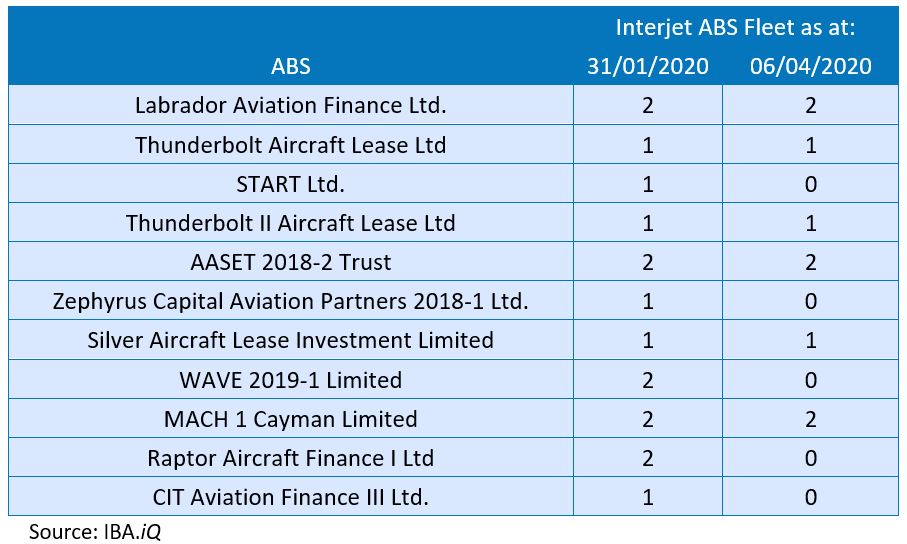 In conclusion, Interjet's financial situation has been declining for some time now, the latest repossession wave being the culmination of increasing costs and diminishing cash over several years. The bid to increase cash reserves through sale and leaseback transactions appears to have delayed rather than prevented the airline's financial problems. We expect to see more lessors initiating repossessions in the coming weeks. Interjet may be content to allow repossessions currently as the Covid-19 crisis continues to ground, however its future creditworthiness will undoubtedly be affected by this period.

IBA's Operator Score Index provides an overview of risk and operations for over 120+ airlines. We combine financial health with operational efficiency, access to capital, jurisdictional risk and, IBA's proprietary intelligence on the operator's performance as a Lessee to provide a risk ranking of an airline across six areas. 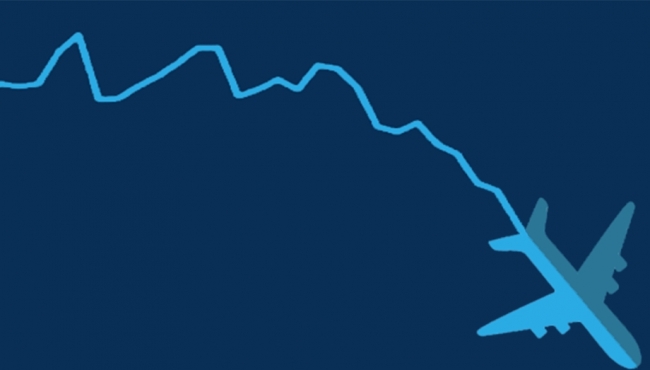 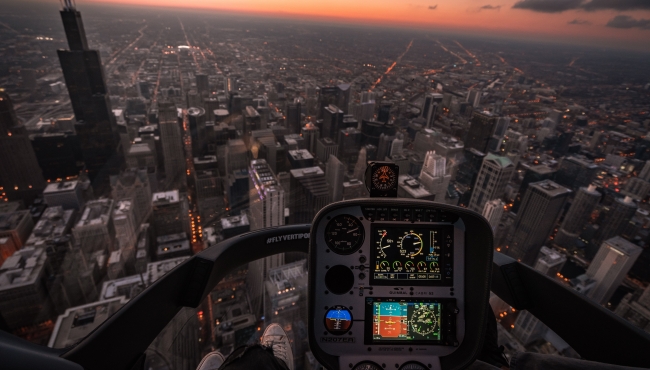 Our helicopter team are regularly being asked challenging questions about the helicopter market and the impact of Covid-19. In this short market review, Alastair Fallon (IBA's Helicopter Aviation Analyst) shares our latest insight on:   • The composition of the global commercial helicopter fleet - leased Vs owned • Helicopter deliveries - actual and forecast • Helicopter deployment • Current Market Values for a selection of key helicopter types • Future developments   The slide deck is available to download here.   If you have any further questions, comments or feedback please contact: Alastair Fallon 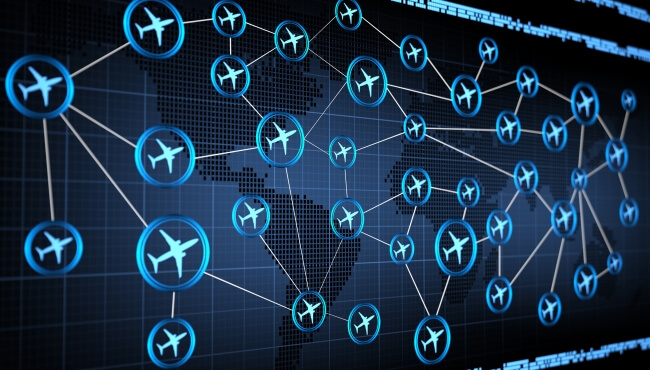 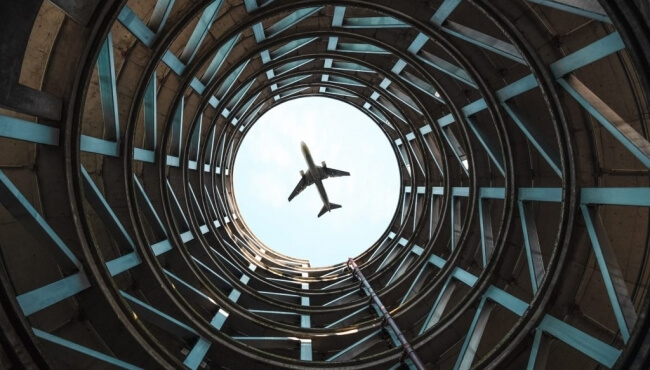 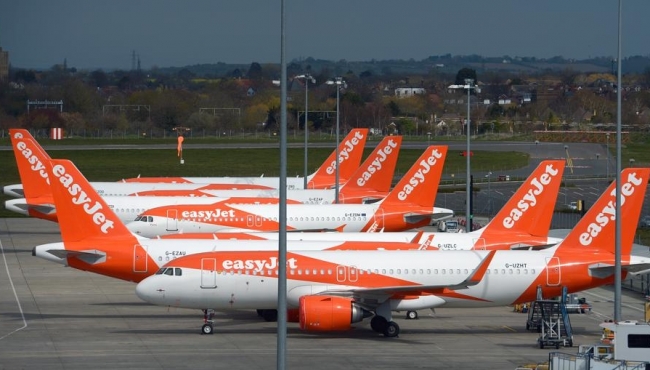 Covid-19 Forces easyJet Fleet Out Of The Skies, March 2020 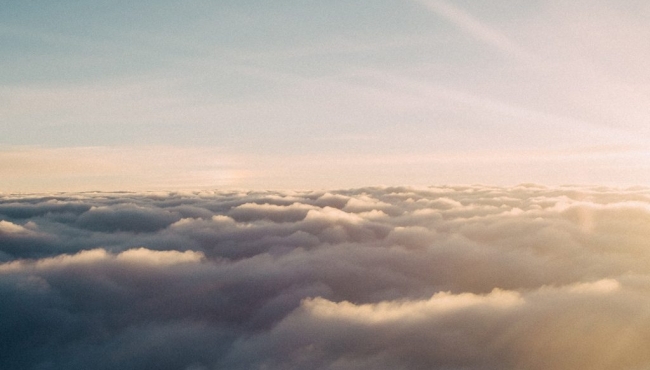 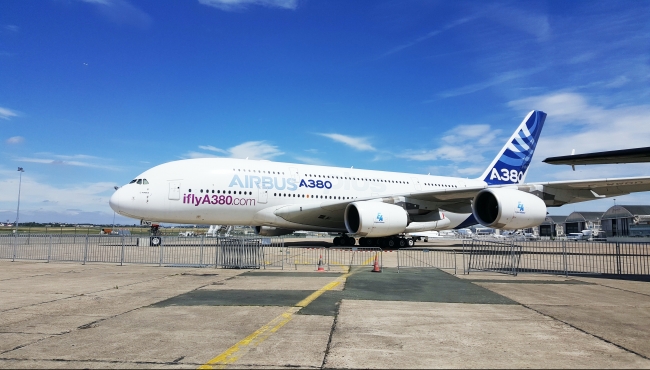 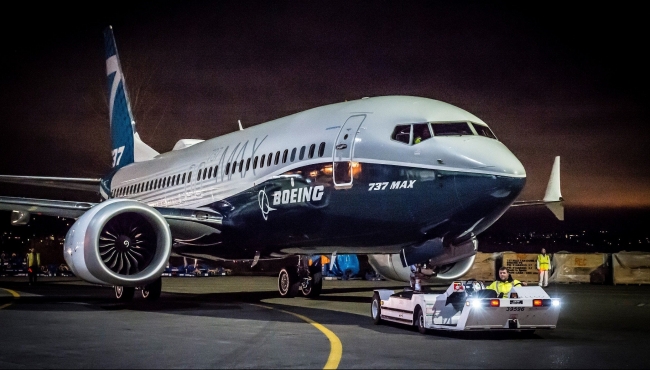 Will the 737 MAX Base Value Change?