This paper has been prepared to give an overview and insight into the current airport slot market, with specific emphasis on LHR as one of the most traded airports in the world. This article will review the impact COVID has had on LHR and what the IATA slot waiver extensions mean for slot values.

IBA are one of only a very few appraisers recognised for airport slot valuations having completed a variety of assignments at airports including London LHR, London Gatwick and New York JFK.

In 2020 alone, IBA have been heavily involved in performing a range of valuations for various purposes including slots securitisations, balance sheet purposes and for disposal/acquisition of slots.

In theory, slots have a value provided that there is some level of constraint applicable to the slot. Airports with slot constraints severe enough to warrant a market for slot trading are designated as Level 3 slot congested airports by the IATA Worldwide Airport Slots Group (WASG). Even among Level 3 designated airports, there are some airports which are considered ‘super congested’, and it is more likely to find secondary markets at these airports. Supply and demand dynamics drive the value of slots and routes under such circumstances. For example, if an airport is fully congested and landing slots per hour are fully subscribed, then, provided the slots are sanctioned for trade/sale/transfer by the relevant authority, a market exists for those slots. Slots can also be leased from airline to airline in some circumstances: another indication of a secondary market for airport slots at constrained airports. Some countries do not allow active secondary market trading of their slots, as subject to country laws. It is important to note that a slot’s ultimate value will lie on the basic principle of how much an airline is willing to pay for a slot. Ultimately slot values are driven by this economic basis which has resulted in high value slot trades of up to US$ 75,000,000 for a slot pair being recorded.

For LHR, we have seen plenty of slot trading activity throughout the years which has been diverse and open to the wider audience. I.e. trades have not just been euro‐centric but on the contrary, have mostly involved foreign airlines. Whilst we have seen slot trades happening at other airports including LGW, DCA and JFK, the majority of high value trades have happened at LHR. In the US, trades appear to be more restricted with the majority of trades happening only between US-based airlines. The slot market is still developing and has not yet been tested outside of these airports.

Based on the above, we have chosen to focus primarily on LHR as this is where the cluster of financially-backed trades do happen with evidence supporting this.

If you have any further questions or comments please contact: Youcef Berour Minarro 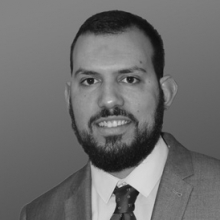