EasyJet has rejected a takeover approach from low-cost rival Wizz Air on 09 September 2021.

EasyJet has rejected a takeover approach from Hungarian low-cost carrier rival Wizz Air. This reportedly unsolicited takeover bid comes amidst an aggressive expansion from Wizz Air into Western Europe. Whilst this attempt was rejected by the board, EasyJet has refused to rule out M&A in the future, either as a target or an acquirer, according to some sources.

Wizz Air has experienced rapid growth in the past 10 years, and has made moves to take advantage of the recent pandemic-induced crisis to expand further. It remains one of a few airlines with shares trading above pre-Covid levels. In contrast, EasyJet's approach towards competing directly with flag carriers has meant the airline does not have the same ultra low cost base as Wizz Air and Ryanair, and thus a slower recovery.

In addition to expansion of existing carriers, discounted operating costs brought about by the pandemic have driven a modest boom in start-up airlines. Recent analysis also drew parallels with start-up airline trends following previous financial crises such as the Global Financial Crisis and 9/11. 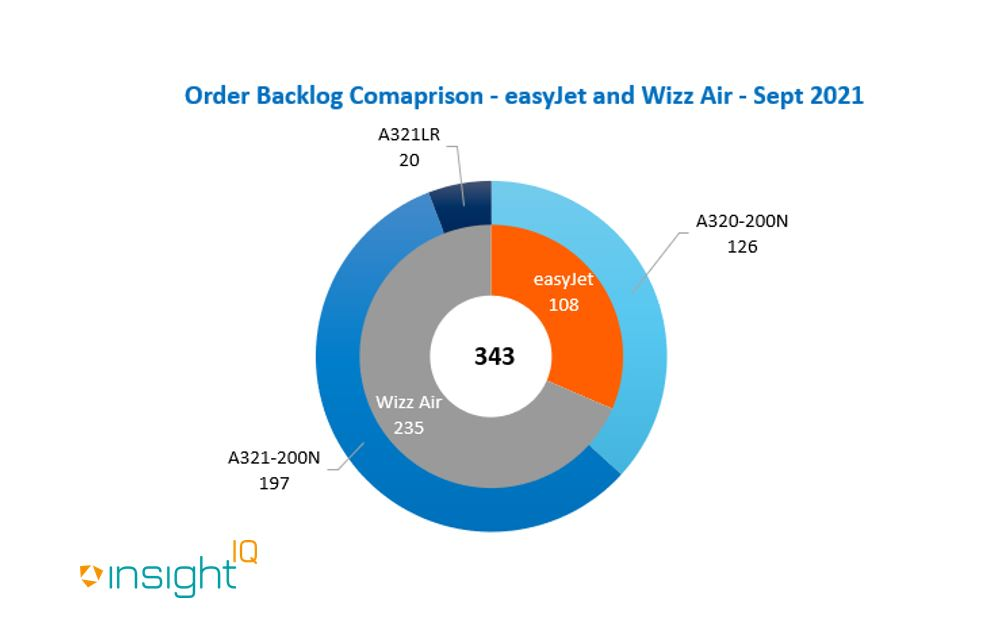 Wizz Air's fleet is greener per seat mile, but EasyJet's fleet investment in the A320Neo has driven notable reductions

CO2 emissions data from InsightIQ's unique Carbon Emissions Calculator (CEC) shows that overall, Wizz Air's increased focus on the larger A321 and A321Neo models drives lower overall fleet CO2 emissions (grams of CO2 per seat mile) than the more diverse EasyJet fleet which utilises the A319. However - EasyJet's clear shift towards the A320Neo has driven clear reductions in CO2 on specific routes. Notably, InsightIQ's CEC identified that switching to the NEO on EasyJet's London Gatwick to Tenerife route drove an 18% reduction in CO2 emissions between March 2018 and March 2021. 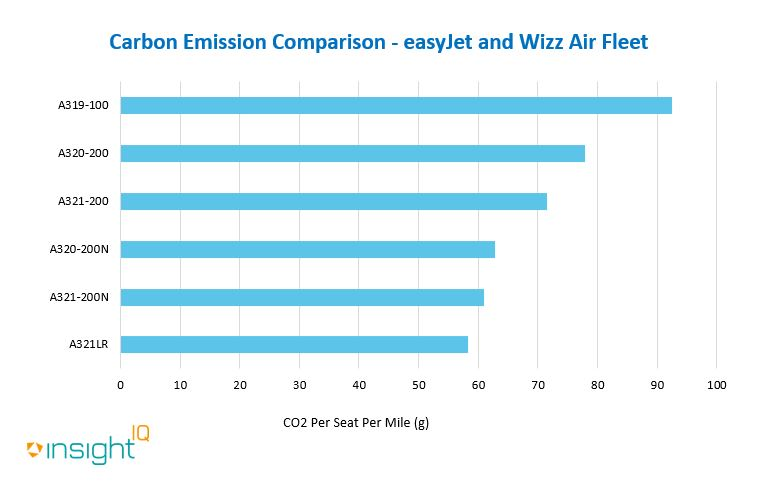 Flight data from InsightIQ has revealed several key differences between the two operators in the footprint of their European routes. 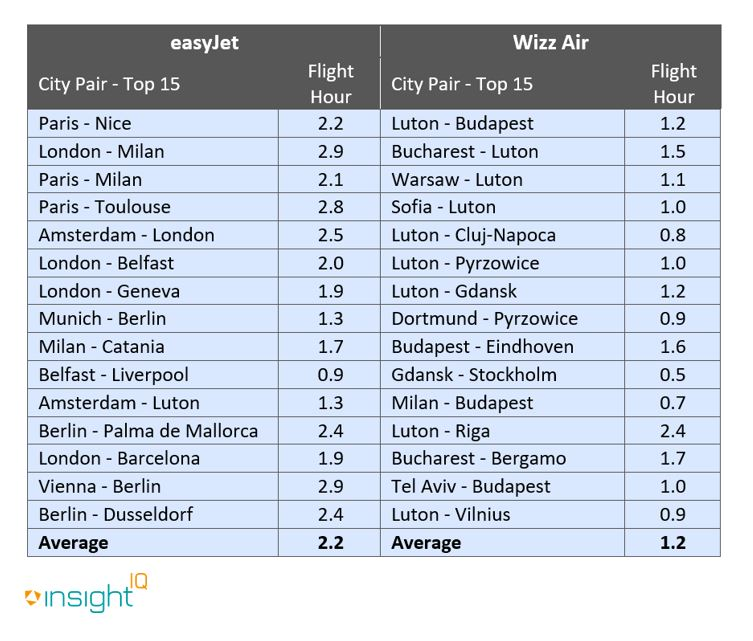 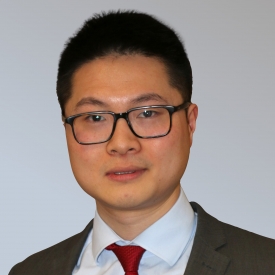 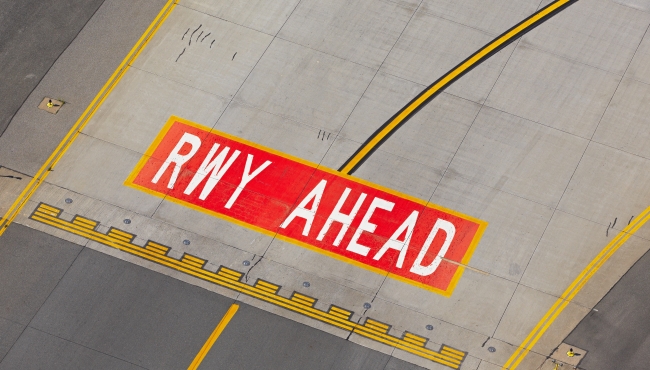 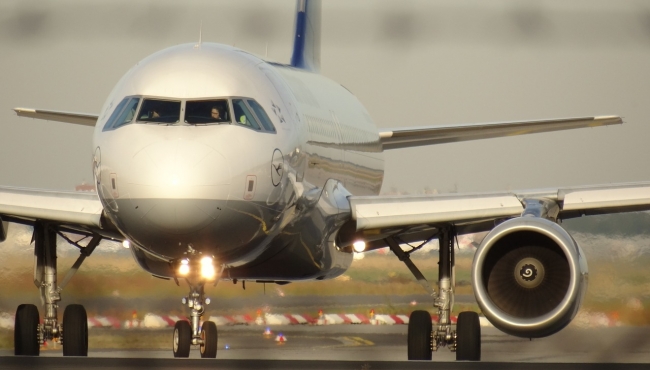 Intelligence from IBA’s InsightIQ Carbon Emissions Calculator has identified a significant drop in Lufthansa’s Carbon footprint, driven by an aircraft evolution strategy across the passenger fleet.