The startup airline's intent to operate comes in the aftermath of the Covid-19 pandemic, and the restructuring of Norwegian Air. Following an initial stage of creating a domestic network (beginning with a city pair between Oslo and Tromso) the airline plans to offer destinations across Southern Europe including Athens, Rome as well as Malaga, Alicante and Nice. Intelligence from InsightIQ fleet and flight data illustrates that 4 airlines have operated on the Oslo to Tromso route from January to June 2021.

Flyr is entering a Norwegian market that many others are exiting. In May 2021 Wizz Air announced that the airline was ending its domestic service in Norway from June 14th. Wizz Air has claimed that regulations and the Norwegian authorities played a role in the airlines decision to cease operations. Norwegian and SAS currently operate the majority of flights on this route, utilising the Boeing 737-800 and Airbus A320-200, respectively. It is likely now that following Norwegian Air Shuttles' successful restructuring after six months of bankruptcy protection, the airline will capitalize on Wizz Air's exit, following plans to strategically focus on the short-haul domestic market in Norway.

Top 10 Lessors on the Oslo to Tromso Route

Overview of the Flyr fleet

The airline has stated that its fleet will consist of two Boeing 737-800 aircraft. The passenger configuration will likely consist of 189 passengers in an all-economy class layout. InsightIQ Fleets has identified two Boeing 737-800 aircraft on lease to Flyr. The aircraft are 2013 vintage examples. IBA would expect similar aircraft to achieve a dry monthly lease rental in the range of US$ 160,000 - 195,000 per calendar month. InsightIQ values currently values a 2013 vintage Boeing 737-800 at approximately US$ 22-24 million.

With reference to the market values and lease rates of the single-aisle sector, InsightIQ values indicates the newer A320neo and 737 MAX generation narrowbody aircraft types from Airbus and Boeing respectively are expected to remain part of airlines' long-term fleet plans as we navigate the market recovery. As the market improves and shorter-haul and domestic traffic returns, the reopened routes will be served by the narrowbody asset class.

Younger aircraft of the current or outgoing generation narrowbody aircraft, the Airbus A320ceo and Boeing 737NG families, are amongst the least affected by Covid-19, with larger value swings being seen in the mid-life and twilight examples. The Airbus A320-200 and Boeing 737-800 models should remain part of operator fleet plans for the foreseeable future. However, IBA expect lease returns to increase and value pressure on the mid-life and older examples to continue in the near-term.

The airline's registered share capital is NOK 300,000, divided into 150,000,000 shares, each with a nominal value of NOK 0.002. In terms of the airline's financial targets, the management have set a target revenue growth of 300% following its first year of operations and 50% following its second year. There is a targeted emphasis on low cash burn to ensure it remains consistent with its "low-cost" principles, and the airline aims to be cash flow positive in its second year. With that forecast in mind, where do operators such as Flyr stand as an investment opportunity?

Start-up airlines as an investment

Start-up airlines present investors, lenders, and lessors with a challenge in determining operator risk and credit quality. The lack of an established financial and operating history places additional emphasis on analysis of the airline's strategy, business plan, management team experience and a deep understanding of the market dynamics.

If you have any further questions please contact Lewis Leslie. 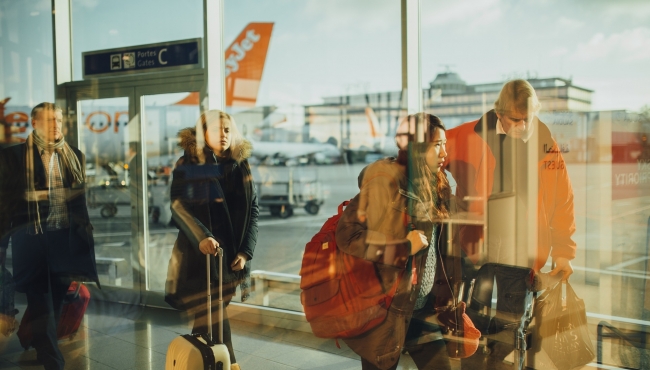