The McDonnell Douglas MD-11 made its first flight on 10 January 1990. We used IBA Insight to reveal the status of the global MD-11 fleet today.

The American tri-jet first took to the skies 32 years ago today. A development of the DC-10, the MD-11 program began in December 1986, with the first aircraft rolling off the line just under two years later in September 1989. The program launched with notable orders from Finnair (the launch customer) as well as Alitalia, and Scandinavian Airlines (among others).

The MD-11 family proved popular in both it's passenger and freighter variants, but has not been seen in scheduled passenger service since KLM operated it's last scheduled MD-11 passenger service from Montreal to Amsterdam on October 26th 2014. The venerable freighter variants of the aircraft are also becoming a rarer sight in our skies, with the last European-based aircraft being retired by Lufthansa in 2021. A total of 200 MD-11 aircraft were built throughout the duration of the program. 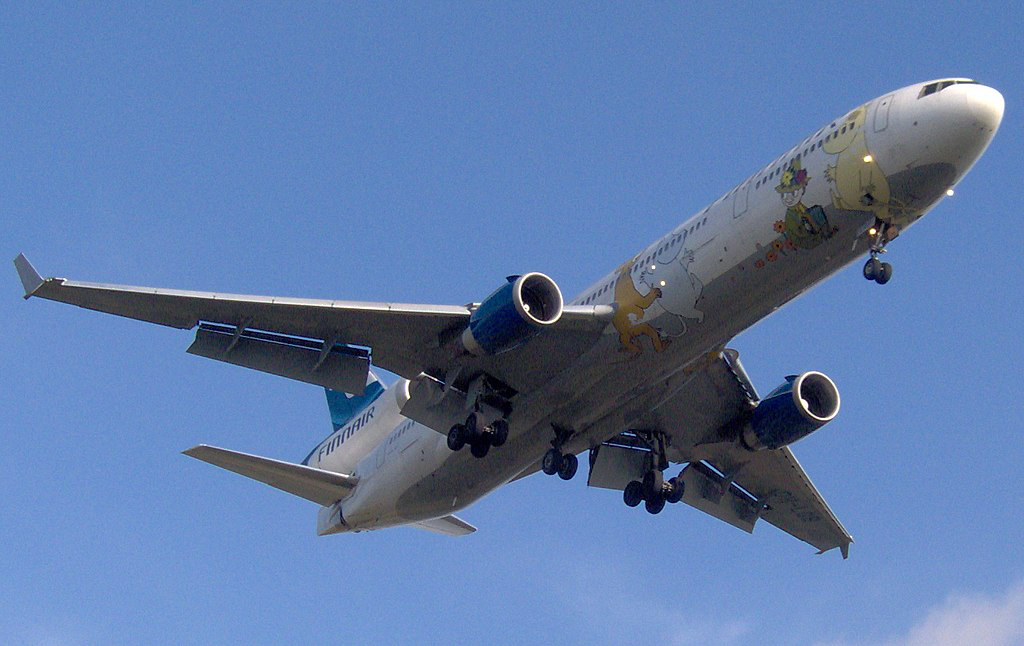 How many MD-11's are in service today?

Fleet data from IBA Insight reveals there are a total of 103 active MD-11 aircraft today, and another 14 aircraft that are logged as parked or stored, These aircraft are concentrated with North American cargo carriers. FedEx operates 59 aircraft, UPS has 41, and Western Global has 17. No operators outside the United States operate the MD-11. The remaining MD-11 fleet are powered by CF6-80C2 or PW4000-94 engines, and the average age of the fleet is 28.9 years. 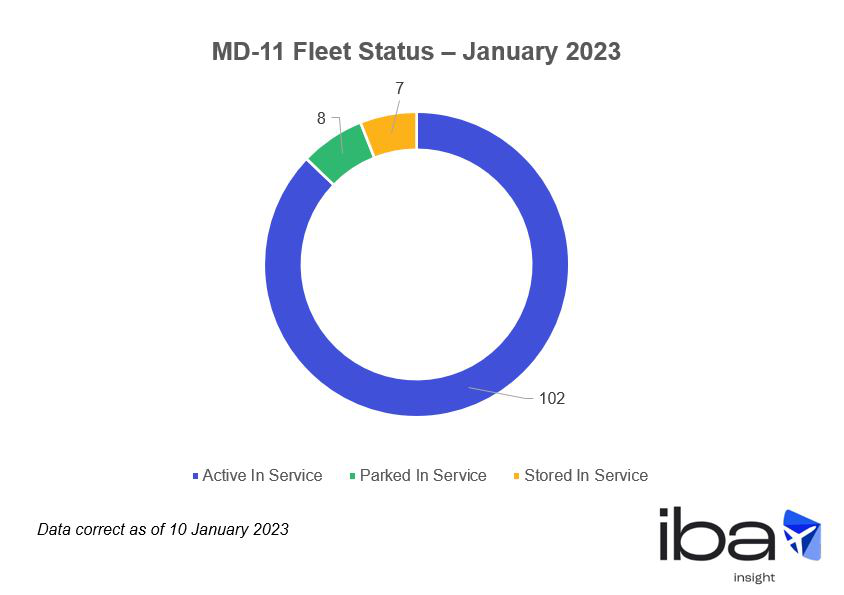 Flight data from IBA Insight reveals the top City Pairs operated by the MD-11 between October and December 2022. If you want to see an MD-11 in action, your best bet is to head to one of the following airports in the United States. 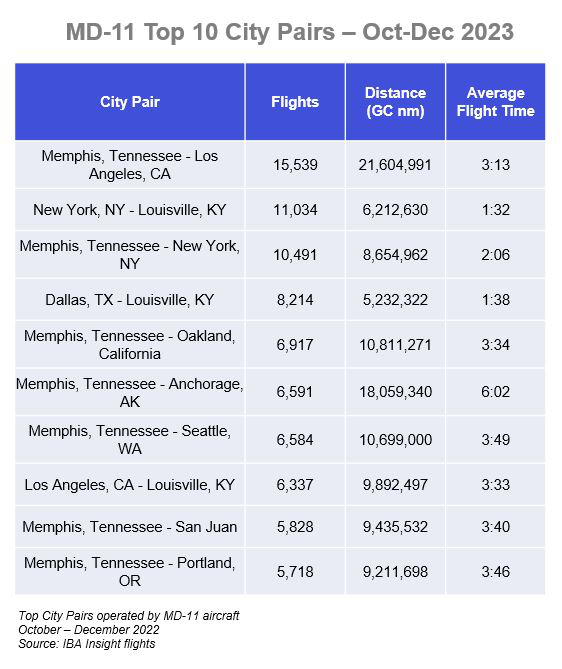 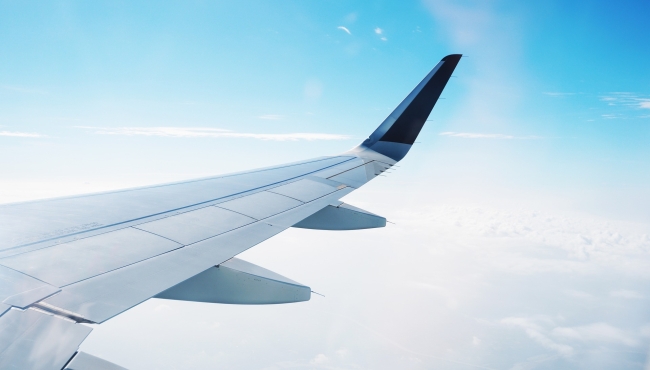 Key Trends for Global Aviation in 2023 - The IBA Perspective

In this short report, our experts Dr Stuart Hatcher, Geoff van Klaveren and Mike Yeomans share their expectations for the year ahead, examining macroeconomic factors, supply and demand, and challenges to airlines and aircraft values. 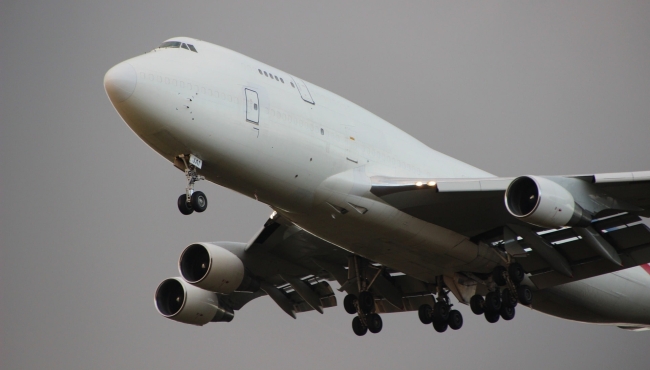 Ask the Appraiser: How are Freighter Values Performing?

IBA presents: Ask the Appraiser. Our brand-new series of regular short webinars, designed to deliver you vital updates on how values are performing across the different aviation asset classes. In the first of the series, join our experts Mike Yeomans and Jonathan McDonald for an overview of the freighter market.   Watch the recording   Topics covered include: The trajectory of freighter values and lease rates The state of supply and demand in air cargo The landscape for P2F conversions What's happening in the macro-economic environment, and the impacts on the sector   If you have any further questions, comments or feedback please get in touch with Mike Yeomans.   The data used in this webinar is from IBA Insight, our leading intelligence platform for aviation finance. IBA Insight combines speed, accuracy, visual analytics and intuitive navigation to deliver actionable insight from comprehensive, integrated fleet, values, flight, carbon and market aviation data. More information can be found here. 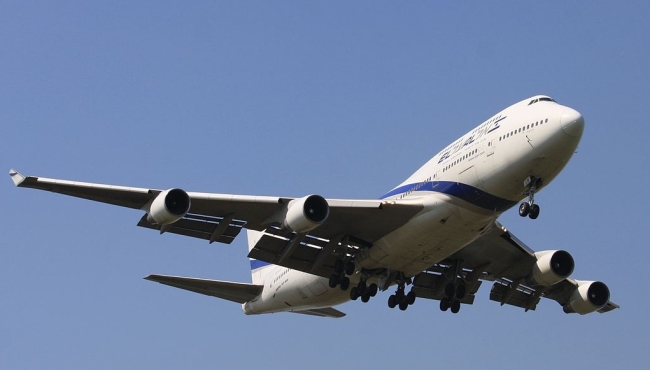 Israel has announced the ban of four-engine aircraft in Israeli airspace, in an effort to reduce noise and air pollution. Whilst the ban is mandated to come into effect from March 2023, it is believed that operators may be discouraged from operating such aircraft even sooner.