The Boeing 767-300ER is the mainstay of the Amazon Air fleet, with the e-commerce giant utilising 41 examples as of September 2021. Whilst the Boeing 767-200 may have been the first aircraft type used by Amazon, it has taken more of a backseat in recent times, with only four examples having been in operation since 2017. Amazon began introducing it's first narrowbody, the Boeing 737-800BCF, into its ranks in the second quarter of 2019. Amazon has since gone on to expand those operations and become the largest operator of the Boeing 737-800BCF. The most recent addition to the Amazon fleet is the ATR72-500, to be utilised on those lower demand regional routes. Amazon has only just taken delivery of its first example. 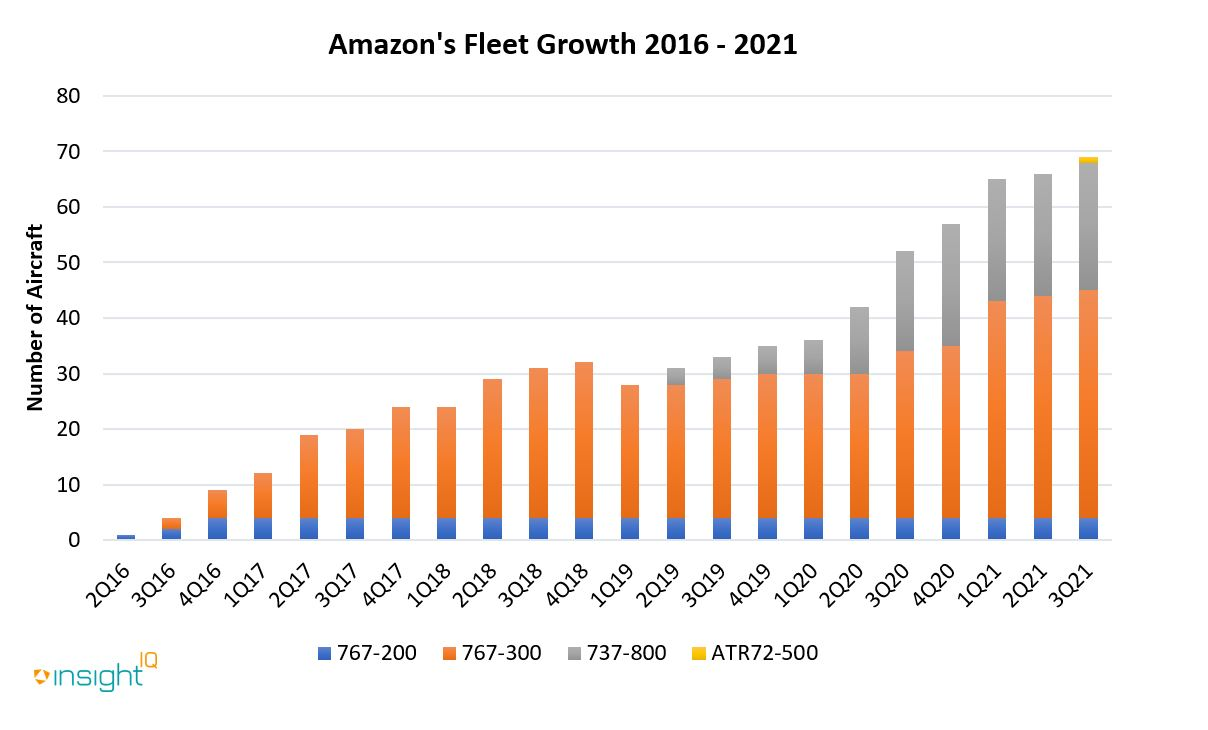 With the COVID-19 pandemic having expedited the growth of the e-commerce market, Amazon's fleet growth is unlikely to slow any time soon. According to data from IBA's aviation intelligence platform InsightIQ, there are currently at least a further eleven Boeing 767-300ER aircraft (which are yet to be converted) destined for Amazon. It is expected that the Boeing 767-300ER Passenger to Freighter (P2F) conversion programs will be in their end stage by 2024. Post 2024, IBA anticipates that the Airbus A330-200 and A330-300 will be the predominant P2F choice for express operators. Amazon may attempt to source the remaining Boeing 767-300ER aircraft feedstocks, though at some point a transition will have to be made into a new widebody type if the operator wants to expand consistently.

Emerging aviation technologies also play a part in Amazon's expansion plans. The introduction of eVTOL aircraft is likely at Amazon, given that Amazon themselves have invested in eVTOL manufacturer Beta Technologies. Beta's first eVTOL is the Alia-250 and with UPS having already placed a significant order for the type. Other cargo operators including Amazon are expected to follow. The Alia-250 would allow for carbon-zero operations on a regional basis, given the type has a limited range of 250 miles. As Amazon is yet to commit any orders, there is still uncertainty as to what role a type such as the Alia-250 could play within Amazon's operation. IBA suspects that Amazon will place an order for an eVTOL at some point, with the Alia-250 likely to be the type selected. This potential for a new approach to short-distance freight is not unique to cargo, with electric air framers often pitching their designs at completely new regional air mobility markets. In our recent webinar, we discussed those new opportunities with representatives of Faradair and MagniX, as well as the challenged of valuing emerging aviation technologies.

E-commerce market growth encouraged by Covid-19 shows no signs of slowing, and Amazon's fleet is likely to continue to parallel that growth in the coming decade. 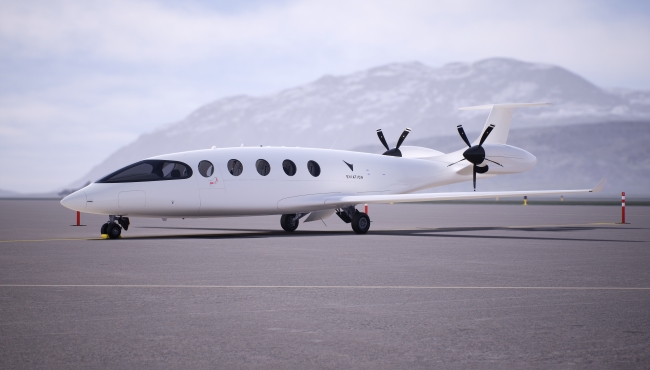 DHL Express has placed an order for 12 electric Eviation Alice aircraft, with delivery anticipated in 2024. The order represents the freight operator's first foray into electric aircraft. 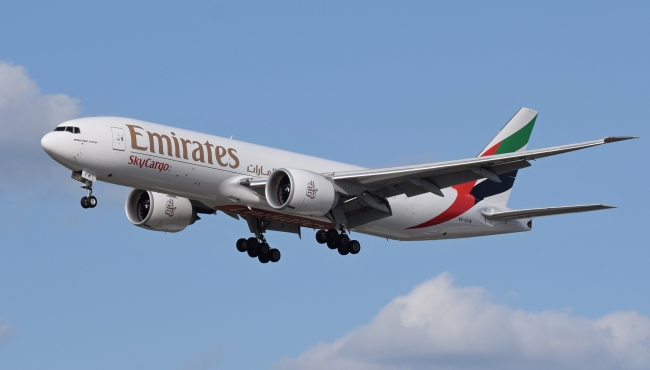 With the onset of the COVID-19 pandemic, airlines saw the majority (and in some cases all) of their passenger fleets grounded as various lockdowns came into force around world.