Back to On Demand Webinars

IBA Group and Split Rock Aviation have combined forces to provide a review of the ABS market and the stress which travel restrictions from Covid-19 are placing on the Aviation ABS structures. This session is invaluable for all investors in aircraft and engine ABS structures.

Clay Smith from Split Rock Aviation and IBA's Phil Seymour, discuss which transactions may be most at risk and what investors should expect to see going forward.

This session is invaluable for all investors in aircraft and engine ABS structures.

If you have further questions, please contact: Phil Seymour

Aircraft asset-backed securities: how will Covid-19's impact be felt?

Recent years have seen the popularity of aircraft asset-backed securities (ABS) enjoy strong growth, with 2019 recording a record number of deals. The current Covid-19 crisis has brought this up sharp; the ABS market stands inactive. With airline failures anticipated and non-payments and lease deferral requests already filtering through, leading ratings agencies Standard and Poor's and Fitch have put ABS debt on a negative watch. Most debt tranches are expected to be downgraded.

IBA and Split Rock Aviation consider what the future is likely to look like for ABS instruments and assess the factors that will assist the market's recovery. Together, they deliver an in-depth explanation of aviation ABS and their likely behaviour during the forthcoming year to provide greater understanding of:

Finally, they will offer an examination of coronavirus' potential impact on market and base values by aircraft type and on lease performance. Focus will be concentrated on the factors investors should target when assessing exposure within ABS structures.

IBA and Split Rock anticipate a significant number of airline failures during 2020. With unprecedented government support being sought by airlines, some may avoid a total crash but, nevertheless, a big increase in aircraft returns and restructuring is likely. Drastic revenue slumps are the primary concern and the low price of oil cannot mitigate the problem.

For the first time in over 30 years, lease end events look set to overtake lease starts with Covid-19 forcing passenger numbers down by 80%. Mckinsey has estimated there will be a $335 billion decline in overall travel expenses following this emergency, six times the fall seen after 9/11. Leasing forms a substantial part of the ABS proposition and 2019 witnessed a record number of deals which, with three transactions already having been launched in 2020, this year appeared likely to overtake. In fact, the emergency has closed down the ABS market and prompted many lease deferral requests. Significant non-payments are expected.

The first ABS structures emerged before 9/11, with a second tranche enduring up until 2008's global financial crisis. There was a lack of standardisation with the first and second generations, each deal being individually structured. Since then, there has been greater uniformity so that today's structures are broadly similar.

In essence, the servicer is the party who brings the transaction to market and there are generally two types.

Since the servicer formulates the precise terms of the transaction, the contract will evidently be drafted in their favour and it is extremely difficult for control of the assets within ABS structures to be wrested away from the servicer.

ABS portfolios collect cash from various sources such as asset sales, rents and supplemental rents monthly. This cash is then poured down through a hierarchically organised group of claimants according to priority, the waterfall. Senior debt holders receive payment before any subordinates and, though it is rare to see a default event within an ABS instrument, two triggers can occur:

Either of which could happen but are unusual.

There are four factors influencing how well investments perform:

Armed with this information, we can evaluate the pre Covid-19 ABS market and anticipate the changes we're likely to encounter during 2020. Following 2019's highest ever ABS transactions, the first two months of 2020 witnessed over $2 billion new deals brought to market with completion of 12 more lined up but now shelved. With reduced travel numbers likely to last into 2021, the primary issuance market is effectively closed but, because ABS payments are made on 15th of each month for the previous month, impact will only start to be seen beginning in April.

Diversity within third generation ABS is high, involving 1,269 aircraft across 313 operators globally. Most countries now have ABS exposure though over 80% of outstanding debt is senior or super senior and therefore has priority. The spread of risk is evidently an attractive investment feature.

After the global financial crisis, the market for new ABS issuance closed for a couple of years. However, even if Covid-19 affects the aviation industry more severely still, investors during this crisis will not face the same crushing liquidity problems felt in 2008/9 and will be waiting for the right investment opportunities to surface.

Over the months ahead, two factors will stir up trading activity in the ABS market:

We see such downgrades on the horizon with leading ratings agencies such as Standard and Poor's and Fitch having ABS debt, currently enjoying an A or AA rating, on a negative watch. Ratings-sensitive holders such as insurance companies, whose holdings attract a capital charge based on the rating of the underlying debt, will likely be forced to sell in the event that previously investment grade debt falls to a BB rating. Though panic selling is unlikely, sales will be seen as the debt becomes non-investment grade.

Whilst the attributes of specific servicers are not a prominent investment consideration during periods of strong ABS market performance, at times of crisis the servicer's scale and experience become crucial. When times are good, the soundness of an ABS portfolio is focused on its asset composition and the strength of its tenants. The huge increase in workload an economic slump generates cannot be overstated. Every aircraft that is grounded, each lease that requires restructuring, every aircraft returned prematurely involves substantial time and cost resources to administer. With events involving entire portfolios occurring globally, the massive workload spike can be overwhelming even for well-staffed, experienced servicers.

It is unhelpful to present smaller servicers as being better or worse equipped than their larger counterparts to successfully manage an emergency and vice versa. Whilst smaller servicers may lack the same resources, they will of course be faced with fewer incidents to manage. What is paramount during such challenging times is experience. Having worked through previous economic shocks, competent servicers will be familiar with the demands a severe downturn entails and therefore prepared.

Investors are encouraged to trust in the market's performance over the long-term. Whilst not intending to lead behaviour in any way, we can use previous downturns to give our opinion on anticipated lease rate and value performance during and after the Covid-19 crisis.

We foresee lease rates and values softening across all sectors and aircraft types and, whilst long-term recovery is expected, we do not anticipate a dramatic V-shaped rebound. As seen in previous economic slumps, the greater liquidity of narrowbodies will mean they fare better than widebodies and the greatest recovery potential surrounds aircraft with the latest technology, the greatest fuel efficiency and the lowest operating costs. Older designs such as the 737NG, the 757 and the 767 will be retired quicker than originally scheduled with perhaps some cargo conversions but most permanently withdrawn. Market value movements for the most vulnerable could exceed 60% but, whilst unlikely to recover in real terms, they do tend to correct over time in relation to base values. Lease rates, generally more volatile than values, react more readily to interest rates and to supply and demand so tend to recover more swiftly than values.

Equipped with the data and trends evidenced following previous downturns, we encourage ABS investors to focus especially on:

So as to understand each ABS's exposure to risk.

The slide deck is also available to download here.

The data behind today's session was provided by IBA.iQ, our unrivalled intelligence platform. Please make use of the system demonstration we're offering by using the link below. 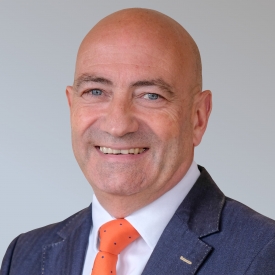 Back to On Demand Webinars