This webinar session is a must for the aviation community looking for comprehensive, accurate and up to date market insight.

If you have further questions please contact: Mike Yeomans

Much of the world remains in turmoil despite the gradual easing of lockdown in some places. Second Covid waves create disturbance in the US and Asia and South America struggles to manage its first outbreak.

The oil situation is uneasy. Demand and production are volatile and stocks remain high. Prices vary between the mid 20s to the mid 40s and market share fluctuates.

Whether GDP has yet fallen to its lowest point of the recovery trough is a question for debate, as is the shape the recovery curve will take; V-, U- and L-shaped troughs have been mooted as well as a combination of all three. Market unease over the traditional winter flu season and how Covid transmission will behave during this period is a concern.

In May we expected advanced economies to bear the brunt of the downturn, their economies down 6% until rebounding in 2021. A decrease of 8% is now more likely and interest rates, though at their lowest point ever, could see more negative movement. Emerging economies meanwhile are still under water.

The usual currency suspects struggle to keep pace with the dollar, Argentina particularly down 40%, and Brazil, Turkey, Mexico and Russia also weak.

This year's survival factors have centred on meeting fixed costs from cash reserves, payment holidays and government aid. As the Covid situation continues, it becomes increasingly difficult for operators to cover fixed costs and we anticipate seeing more failures in September/October once bailouts and reserves expire and payment holidays end.

From mid-May we witnessed green shoots in the narrowbody domestic market with flights starting to recover to around 40% of pre-Covid levels. Whether these are running profitably is a different question. The US market will be key to future recovery and the prospect of further US shutdowns will hurt.

The international space is far more lethargic at around 15% with widebodies hardest hit and load factors poor. The regional and turboprop markets are also flat. Whilst freight is resilient, we foresee the market reshaping once we get past the need for emergency Covid cargo services.

Historically we've considered aircraft as parked if inactive for 14 days and stored aircraft as those inactive for 90 days. Covid has forced us to change these categories since the pandemic has resulted in some aircraft going straight into long-term storage and in aircraft being parked before 14 days have elapsed.

By the start of July, active aircraft began to exceed the 50% mark which should be a positive sign but, based on the number of flights recorded, shows there are more active aircraft than necessary. Profitability is therefore doubtful since these assets are expected to be in use most of the time to make money.

Including domestic and international flights as well as temporary cargo conversions or ‘preighters', the A380's struggles dominate. Daily flights non-existent since the start of April, we're seeing gaps of several days between flights and some of these may well be positioning for storage.

The 787s and A350s have shown similar activity levels, understandable given they're the most efficient widebodies in the market. The 777-300ERs and 747s have performed strongly, the 300ER proving itself particularly useful as a preighter.

The A330's lack-lustre performance stands out, its fate heavily influenced by the Asia Pacific market where lockdowns are resuming. Flight frequency is at only 20% of January levels, predictable considering it offers less opportunity for re-purposing.

Heavy state control has here provided comfort for lessor cashflow. International traffic, relatively strong until the end of May, has dropped back to early April levels since. Though China's several months ahead of the rest of the world, internationally they are constrained by lockdowns, especially in their own region.

The domestic market's been better, if volatile, flights settling at around the 60% level and RPKs holding at around 50% which indicates load factors are better than in most areas.

The next big push will be for National Day in October when we expect large volumes of people to be moving as long as traffic restrictions have been eased.

Airbus dominates backlogs with 52% of the orderbook. The A320neo has the largest, significant orders having been announced at last year's Paris airshow.

Boeing accounts for 35% of the backlog, the Max second to the A320neo although cancellations have resulted in some contraction of its orderbook.

64% of the current in-service fleet backlog relates to narrowbodies. With demand, airline finances and deliveries all negatively affected by Covid, the stability of the order books must surely be threatened.

Fuel price and new product development are co-dependent such that OEMs will release a new aircraft model on the back of rising fuel prices. These in turn drive order behaviour.

The situation for narrowbodies developed later, new generation aircraft being introduced around 2010 and backlogs increasing consistently since then. We expect Covid to force down backlog levels through cancellations and deferred deliveries and reintroduction of the Max will also affect the numbers. 2019 saw an increase in narrowbody order cancellations which we foresee continuing this year. Cancelled widebody orders have been driven mainly by cessation of production of the A380 and other large widebodies. We do not anticipate new orders proliferating.

The Max has dominated the narrowbody space due to airline failures and program delays, although this year has so far been better than 2019 for widebody cancellations despite termination of some A380 and 777X orders. Cancellations do not always result in reduced backlogs since orders may be converted and placed instead for alternative aircraft models.

Pre-Covid we saw numerous Max orders in the delivery pipeline destined for lessors and this put significant pressure on lease rates. As lessors have cancelled, the backlog has reduced closer to 20% in line with the A320neo family. If further airline failures occur this year, lessors could be forced to pull back some of their orders. For larger variants, orders tend to come from operators rather than being speculative orders from lessors.

Annualising order numbers produces a figure of around 600 narrowbody deliveries which is a record low for recent times and paints a bleak forecast for the rest of the year. Deferrals from the likes of EasyJet, Qatar, Azul, ANA and Iberia are inevitable.

From our research and public sources we've discovered airlines plan to divest themselves of a total of 800 aircraft, with airline failures, Chapter 11 rejections, early lease returns and accelerated retirements all feeding into the number. A380s feature prominently and there has been a clear out of older widebodies targeting models like the MD80/90, 747-400 and 767-300ER. The MD fleets have been almost completely eliminated.

Of the 800 fleet exits, IBA estimates around 450 will be retirements and approximately half of these will be over 20 years old. Aircraft in the 11-15 age range will be less popular widebodies like the A340 or the B777 and assets between 6 and 10 years will primarily be A380s. Unfortunately, other than the parts market it is difficult to see where these can go.

At the start of 2020, scheduled returns were already topping 1,600, an historic high. Over the last six months we've seen more than 500 lease extensions which almost equals the numbers of returns. The quantity of extensions indicates application of pressure by lessors on lessees in exchange for payment holidays and also denotes airlines' inability to pay punitive lease end compensation. We anticipate extensions continuing to proliferate in 2021.

Naturally new leases are down and, as we predicted in January, lease ends are likely to surpass lease starts this year for the first time in history. The first quarter was a busy period for sale leasebacks, particularly widebodies.

Overall, sale leasebacks are up 20% on last year. Sales with leases attached were performing reasonably until Covid struck when they dwindled. Sales off lease were already down pre-crisis but have steadily risen during the pandemic although many are at the older end of the scale and destined for part out or conversion.

Last year saw record numbers of ABS deals but the market for new instruments is stagnant currently so we will be restricted to measuring the performance of existing deals for the time being. We've already experienced activity in the EETC market in 2020 showing there's still willingness in this space.

Narrowbody sale leasebacks have risen in the last few months but sales with leases attached flattened from March onwards after a promising start. Sales off lease have also tailed off.

Widebody sale leasebacks started strongly while sales with leases attached are at a record low. Sales off lease are performing better than for the narrowbody market.

The numbers are far lower in this market and it's therefore harder to extract specific trends but distressed pricing here means there are investment opportunities. We should therefore see more activity.

For most aircraft types there is currently a disconnection between market values and base values. A variance of up to 10% applies to the most popular narrowbody and widebody types such as the A320neo family and the B777s. Older generation aircraft attract a variance of between 10% and 12% while models like the A330ceo are facing the hardest battle with a difference greater than 20%.

Historical downturns show it can take a considerable amount of time for market values to realign with base levels as markets recover. The greater the divergence between base and market values, the longer it takes for realignment to occur and a base value reset may be necessary for the hardest hit aircraft.

Many of the lease transactions we've seen this year will have had their terms agreed pre-Covid but generally a 10% - 20% discount prevails. In the current climate we expect shorter lease terms and rates will be higher in sale lease back scenarios.

The narrowbody market is the most bullish, especially for new generation engines. Older models are experiencing greater softening of around 8% - 10%.

There is more variation in the widebody market but again the newer generation engines show more resilience. Recovery is likely to take longer for widebodies.

There is much less of a residual value in this market, values being driven heavily by the engines' maintenance condition.

The world continues to be a very confused place. Covid cases are still emerging daily throughout the world and, although there have been optimistic rumours, we've had no firm sign a suitable vaccine is imminent.

It's difficult to present positive signs and, though we have started to witness aircraft returning from parking or storage, utilisation levels remain depressed across all regions. Load factors are erratic and profitability is also therefore uncertain. Oil prices are still low but many currencies are weak against the dollar.

With airlines beginning to come out of lockdown, we face a dangerous phase as the cash cost of some furlough schemes increases significantly. New aircraft supply will remain low in the near term and the OEMs will face difficult decisions, cancellation and deferral requests likely.

The entire industry: OEMs, financiers, lessors and the wider travel industry will remain in crisis-planning mode for the foreseeable future.

If you have further questions please contact us using the link below. 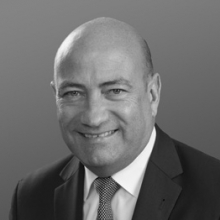