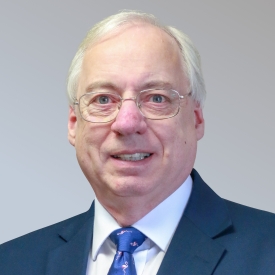 Alan joined IBA in 2007 and is responsible for carrying out inspections and surveys of all types and sizes of aircraft and reviewing their technical documentation. His other duties include involvement in aircraft re-possessions, pre-delivery flight tests and the occasional company audit.

Qualified to BA Degree level, Alan served a 4 year Technicians Apprenticeship (airframe/engine) with British European Airways, which started in 1966. During this time, Alan attended a part time day release course in Aeronautical Engineering at Flintshire College of Technology in North Wales and then Southall College of Technology in London. After completing his apprenticeship Alan remained at British Airways and gained experience on minor and major overhaul of all types operated by BA including BAC 1-11, B747 and Sikorsky S61N and B234 Chinook helicopters.