IBA Contributes to an Aircargonews Article on Freighter Conversions, October 2017

Passenger to freighter conversions will form a sizeable tranche of the ‘new' main deck metal entering the market over the next 20 years, according to airframers Boeing and Airbus.

This expected growth has prompted independent aviation consultancy IBA to create a freighter advisory practice, headed by Moshe Haimovich who joined the firm this year.

"The forecast conversion market is what IBA is looking to support over the next 20 years," says Haimovich, who has more than thirty years aviation experience in engineering, project management, consulting and marketing with Aldav Engineering and Israel Aerospace Industries (IAI).

Specialising in aircraft cargo conversions, including all technical and commercial aspects in the field, he has supported major operators, airlines, lessors and investors on the development of cargo conversion supplementary type certificates and the conversion of more than one hundred aircraft.

IBA does everything, except the dollars. It does not get involved in financing aircraft conversions.

As part of its skill set, IBA recently hosted a webinar looking at the options for ‘mid-life' passenger aircraft, those in the range of 12 to 15 years, addressing a range of options from extending the lease, selling the aircraft or to convert into a freighter.

One of the attractions of converting the asset to a freighter is that it will generate revenue for another 15 years or more beyond the aircraft's useful economic life "retirement" age which today is frequently fewer than 25 years.

Asked about the short term passenger to freighter conversion market, starting with the smaller capacity aircraft, Haimovich looks to the next generation Boeing 737s, where in the B737-700 market PEMCO and IAI are in competition.

Aeronautical Engineers Inc. (AEI) and IAI also have conversion programmes for the -800, while a fourth supplier, PEMCO, is pending in its decision.

But there are other options in the standard body category, says Haimovich: "So far, the narrow body or standard body aircraft were dominated by the Boeing family, but we now have an Airbus A320 and A321 programme under development by EFW and ST Aerospace as well as by a new company called 321Precision, a joint venture between ATSG and Precision Aircraft Solutions for only A321 aircraft conversions.

"The A320 family cargo conversion attracts additional players in this market and we will most likely see more competition in the future."

The average age of the B767-300ER's active fleet of 400 aircraft is approaching 19 years which, says Haimovich, will support two to three more years of cargo conversions.

There will be a certain amount of "cherry picking," with operators having to mix the fleet with Pratt & Whitney or General Electric engines (which were preferred by operators when the conversion programmes launched), depending on feedstock availability, while the RR powered aircraft are not anticipated to be converted.

"This is why I think DHL decided on the A330-300, already launching the programme, because they are looking at the long term investment in a fleet where the feedstock is more than 650 aircraft, with average age of 7.7 years.

It is in the larger aircraft conversion market - Boeing 777 and above - where Haimovich speaks of the "magic million dollar question".

The B777 passenger aircraft was one option around ten years ago when US integrator FedEx showed initial interest in a B777-200ER conversion with Boeing, but which did not materialize. Boeing has a product development study underway for the B777 and IAI subsidiary Bedek is looking at the same market.

There is another big beast, the Airbus A380, but even the passenger version has failed to capture a large slice of the action, while no production line freighter version exists and a conversion programme is seen by industry experts as uneconomic in payload and cost.

So, current attention remains focused on the B777 and its variants as a conversion option in the big freighter bracket.

Says Haimovich: "We have in the market the very old B777-200, which is not even an extended range (ER) version, and I do not think those aircraft will be converted because the average age is already 19 years and there were fewer than 100 aircraft built.

"It is the same for the B777-300 where the average age is a little younger, at around 17 years for the fleet, but there are only around 50 aircraft. So, again, I don't think that they will be converted."

For the 777-300ER version, says Haimovich, there are three types, with different engines and weight categories, a complication which tends to work against the necessary fleet commonality factor required in the economics of passenger to freighter conversions.

"If you look at the B777-200ER, then there are about 400 aircraft with an average age of 16 years but even though the aircraft has the same size fuselage as the B777 production freighter, the wings and weight capability are inferior.

"The B777-300ER, with regards to integrator needs, actually has about 20% more volume because it is a longer aircraft than the B777-200 freighter.

"Also, when taking into account that there are around 730 aircraft in the total B777-300ER fleet, and it is sti

He continues: "The average age of the B777-300ER fleet is still young, at around five years, but if we take the older aircraft, closer to 13 years, then we have to look at the business case in terms of the conversion cost and what should be the ideal feedstock price for converting those aircraft."

IBA analysis suggests that by 2024, when first models off the production line are 18-21 years old, it will have a total acquisition and conversion cost of around $70m, which is higher than the total cost of a B747-400 when converted in the past, but it will still be an attractive price for a very large converted freighter.

Haimovich does not believe that original equipment manufacturer (OEM) Boeing has any incentive to convert the B777-300ER because it is still producing the B777-200F, but adds: "There are always customers in this market who can put pressure on the OEM to develop such a conversion.

"In my opinion, the availability of B777 converted freighters will not impact the re-marketability of the production B777-200F due to its superior capabilities.

"So I assume there will be a conversion programme in the large freighter sector in the future, including the B777-300ER and to an extent even the -200ER, because it is the perfect domestic freighter for integrators with regards to volume when compared with the B767."

While some in the industry have performed the last rites for the production line B747-8 freighter, Haimovich does not agree with the cynics and believes there remains a market for the aircraft in the future.

While integrator UPS has an order for 14 B747-8Fs, its critics suggest that the freighter is "too big" and requires a lot of cargo on-board before it becomes economic to operate for general cargo.

Says Haimovich: "Define too big for me. It is really how you fill those aircraft. The load factor is a result of the cargo operator's ability to sell space in this competitive market and the routes that the aircraft is operating.

"When the airfreight forecast is for growth driven by GDP and World Trade growth, it is a market that still requires a B747-8 freighter for general cargo on the long routes, particularly for time sensitive goods such as perishables and pharmaceuticals.

"Only on the B747 freighter ─ a western-made commercial freighter ─ can you load long size cargo through the nose cargo door in comparison to freighters which have only the main deck side cargo door."

If you have further questions or comments please contact Owen Geach. 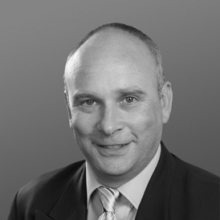 IBA's Passenger to Freighter Webinar, May 2019 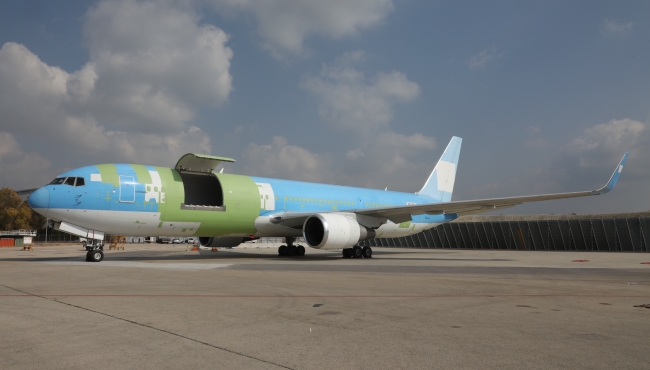 IBA's Passenger to Freighter Webinar was designed specifically around the opportunities for investing and the vulnerabilities within the market. The session is a must for those considering converting fleet or looking at end of life options.   IBA's Jonathan McDonald, Head Analyst - Commercial & Ageing Aircraft and Phil Seymour, CEO, added clarity on the shape of the market, lease rates and values, new entrants and players, the economics of conversions vs parting out plus the need for scrutiny as the market for Cargo begins to change.   A copy of our Passenger to Freighter slide deck is available to download here.   If you have further questions please contact us. 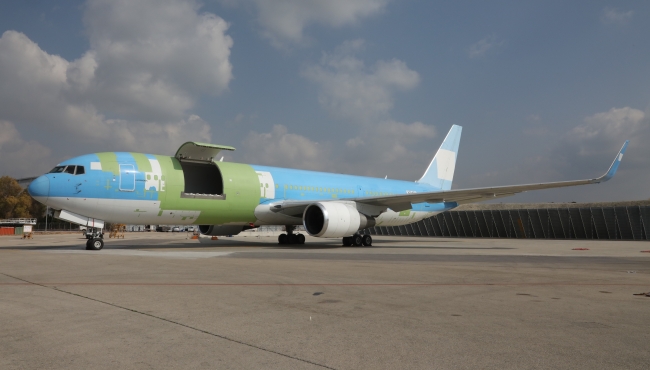 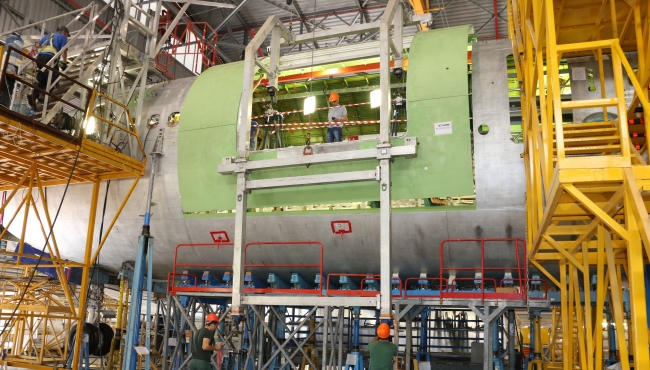 Freighter Conversions - capitalising on the resurgence in demand Freight volumes are continuing to trend on an upward trajectory and at a solid rate when compared to historical data. It should be noted however, that due to the inventory restocking cycle having concluded and manufacturing export orders remaining low, demand factors are lacking when compared to 2017. This paper looks at the current and future freighter market, production, routes into the market and takes a close look at a B737 conversion. 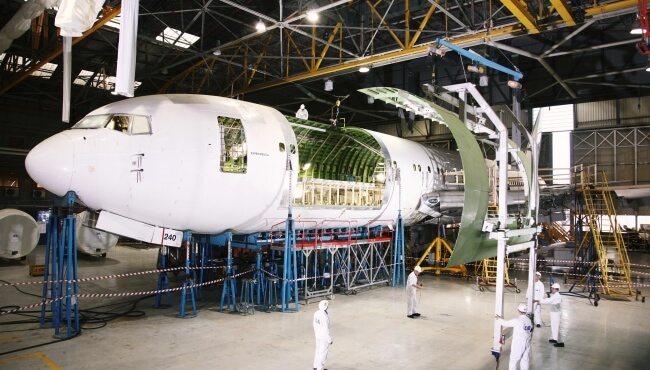