8 Aviation industry trends to expect in 2022

The speed at which many governments re-imposed travel restrictions following the discovery of the new Omicron variant has been a blow to the aviation industry, which had a recovery firmly set in its sights. Nevertheless, we are optimistic that aviation is unlikely to return to the position of 2020, when global passenger traffic was some 70% down on normal levels. COVID-19 hospitalisations in countries with high vaccination rates are now relatively low and unlikely to overwhelm health care systems. As such, justifications for severe lockdowns and travel bans are receding. Provided Omicron does not cause a material rise in hospitalisations, the rational response would be to keep borders open. Initial signs are that symptoms from this variant are mild.

We have already seen the UK reverse a decision to close its borders to certain ‘red countries’ in Africa after realising that Omicron was already in general circulation in the UK and Europe. However, the world of the present is proving to not always be a rational one, and the hassle of testing will continue to dent demand.

Global passenger demand will continue to recover in 2022 with occasional bumps along the way.

The general consensus indicates that business travel will not return to pre-pandemic levels, largely thanks to the proliferation of conference calling systems such as Zoom and Microsoft Teams.

The IBA team take a counterpoint to this view. Over the past 30 years, our experts have observed repeated predictions of videoconferencing killing business travel. History shows us technology has made it easier for people to communicate on mass, which in turn promotes more deals (and the inevitable flight to close the deal). Essentially, video conferencing can facilitate business travel rather than reduce it. One notable example would be the COP26 conference. Whilst it aimed at reducing Carbon Emissions, it was essential for thousands of attendees to fly in and meet in person for the summit to succeed.

A big issue for business travel going into 2022 is the tighter border testing requirements across borders, especially in light of the Omicron variant. Business travel is invariably booked close to departure and is short in duration, therefore PCR testing (which sometimes requires quarantine until the result) can make such trips at best a hassle, or at worst, impossible.

Low cost airlines have been gaining market share globally for some time, but we are seeing an acceleration in this trend emerging from the pandemic. In Europe, Ryanair and Wizz Air have confidently increased aircraft orders whilst network airlines like British Airways have retreated and arguably are now too far behind to mount a meaningful come-back in short-haul. We have seen existing airlines and start-ups adopt the low-cost long-haul model, IBA has a sceptical view of this approach. In June 2021, IBA revealed that over 130 start-up airlines planned to commence operations by the close of 2022. This modest boom in start-up has largely been driven by discounted operating costs and the availability of reasonably priced aircraft. Our research revealed that almost 40% of these were to be based in Europe. Since publishing that intelligence we have seen a selection of those operators launch, including Flyr and Play airlines. Others, such as Northern Pacific Airways are acquiring aircraft and preparing to commence operations.

Despite the huge amount of negative media attention on commercial aviation, it only accounted for 2.4% of global CO2 emissions in 2019 (pre-pandemic). Most major airlines are now signed up to the plan for net zero emissions by 2050. If ratified by ICAO in 2022, it will be a major step forward. 19% of this IATA target comes from carbon capture and 2% from operational efficiency. Despite the excitement over electric air taxis or hydrogen aircraft, in reality we expect new technology will likely only account for 13% of this target. 65% will be achieved by using sustainable aviation fuel (SAF). This is currently made from vegetable oil but will likely be made from waste in future.

Most importantly, SAF is currently up to 4x more expensive than Jet fuel, the consequence of which is a likely impact on consumers. Fuel costs for airlines will rise as operators transition to SAF. On a global level, this will mean a slower rate of growth than the 5% CAGR we have seen historically (though IBA does expect the industry to keep growing). Historically, airlines with stronger business models and market positions have fared better in times of high oil prices. The low-cost long-haul airlines’ reliance on stimulating the market through low prices will find these circumstances tougher, and may have to adapt their model to include more premium seats. Clearly the need for the industry to monitor and report emissions will become even more important, and IBA has been helping a growing number of participants from airlines to lessors to understand their carbon emissions using its proprietary InsightIQ Carbon Emissions Calculator.

IBA expects a great deal of action from the OEMs in 2022 as supply chain bottlenecks clear and deferred orders are re-adjusted to respond to rapidly increasing demand. 2021 will see 950-1,000 being delivered from Airbus and Boeing compared roughly split 2:1. By the end of 2022, Airbus will be close to 2016 levels (688), gradually building back and beyond 2019 levels by 2025. Boeing have a lot of ground to recover for the 737 MAX program now that China is satisfied with the changes to the aircraft, and the 787 program is still a cause for concern. Regardless, Boeing will strive to get back to 2019 delivery levels by 2025 so as not to lose any more ground to the competition. The large-scale parking up of airline fleets last year certainly triggered unprecedented order deferrals, but those pushed beyond 2025 are being adjusted forward where possible as fleet modernisation gathers pace certainly in favour of larger narrow-bodies. Leasing companies will also respond in response to demand from airline customers, who may want access to new equipment sooner rather than later and satisfy the need to deploy capital.

2021 saw the merging of the lessor giants, AerCap and GECAS, a nod back to both of their early GPA days. With the emergence of this “super lessor”, we may start to see larger differences emerge amongst the traditional top 10 as pricing advantage and market influence comes with size. This “AerCas” entity will have a very busy few years ahead as they shed non-core and non-performing assets. Traditionally this would be done by selling down smaller packets of aircraft to emerging lessors, (not to be confused with intra-lessor trading to soften asset/operator exposure), but on this scale we could see new medium size lessors emerging overnight. Despite this, creating new lessors does nothing to help stabilise lease rates which remain low owing to a mix of cheap capital and too many lessors competing. Current yields surely are not sustainable when measured against the risk!

There are also a number of other lessors partially or wholly up for sale. These range from medium sized lessors to large lessors who feel that buying in the secondary market is more profitable than buying directly from the OEMs (albeit some of those for sale have order books too). In 2022, some lessors will disappear as they become part of other groups, and new lessors will emerge. These will be fronted by experienced professionals looking to combine assets sold down from mergers and growing sale and leaseback activity.

7. Numbers of ABS transactions will continue to grow

2021 has already seen a big boost for the ABS markets, notably in stark contrast to the EETC heavy 2020 market. This is despite several assets within these structures not performing well and continuing to affect the rating for the whole portfolio. Demand remains high, and we expect merging lessors will look to this market to help fund their acquisitions and build up their managed portfolios, which will be relatively new ground for the buyers (whilst many of those having sold or up for sale have already ventured into this sector before). High-tranche investors have been largely protected from the impact of non-performance through lessor actions so far, but as this space gets bigger, it is important to assess how new entrants would handle another market collapse.

The Covid crisis has seen more than its fair share of distressed operators, though ultimately the body count remained lower than it should have been (largely thanks to government bailouts). Some of those who sought protection have already exited, whilst others (such as LATAM and Aeromexico) are expected to follow Avianca’s footsteps in early 2022. Overall, airlines will find themselves operating much leaner business models with fewer staff, fewer aircraft, and a lot more debt to worry about. 2022 should hopefully see better things from household names like SAA, Thai and Philippine Airlines as they emerge from severe restructuring actions providing extreme government restrictions do not continue. 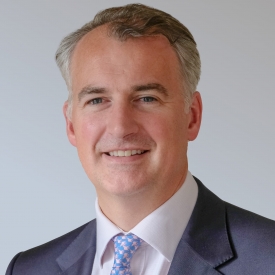